HomeWho We AreLessons to Learn from the CATs of 2017

Lessons to Learn from the CATs of 2017 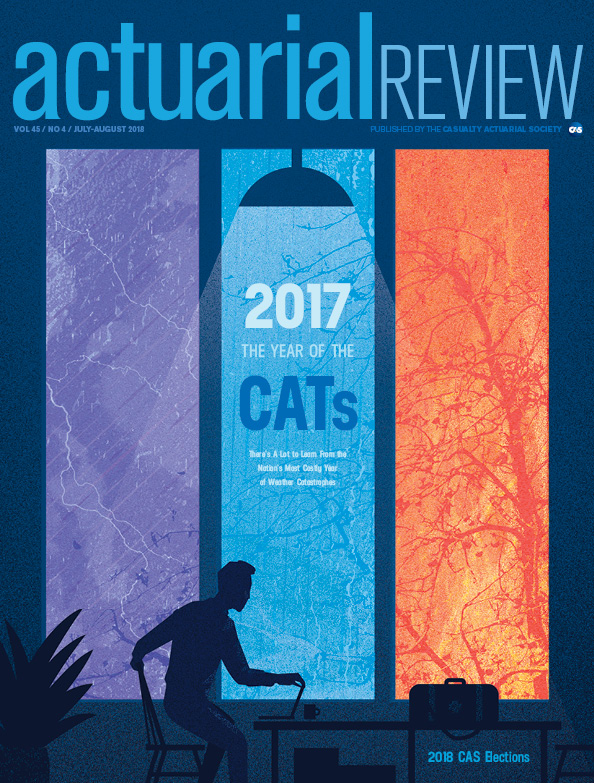 There is a lot to learn from the weather CATs of 2017. My most recent article, 2017-The Year of the CATs, published recently in Actuarial Review, covers natural catastrophes Hurricanes Harvey, Irma, Maria and last fall’s combined California wildfires. The article also takes a unique look each CAT, showcasing lessons learned and ones yet-to-be learned.

New insurer efficiencies are great for policyholders. However, the CATs are a reminder of the nation’s chronic problem of the uninsured or underinsured. The major CATs of 2017 cost $306 billion in losses — the largest amount of weather-related economic losses in United States history. Insurers, rather than property owners and the government agencies, could have carried a greater portion of the cost.

Sadly, it is not surprising to see the high percentages of residential properties in hurricane vulnerable areas lacking flood coverage through the National Flood Insurance Program (NFIP). Coverage participation in the federal program has always been a problem. Even when NFIP policyholders and taxpayers help subsidize premiums for affordability, too few still purchase it. To make matters worse, it is common for homeowners insurance policyholders to believe flooding due to weather is covered. Generally, it is not.

Ironically, the wealthy know insurance is a good bet. After last year’s wildfires in California, property owners are rebuilding homes after filing claims at $1 million a piece!

But there is also a deeper lesson. Experts predict future CATS can be more damaging and dangerous. Since there is no negotiating with Mother Earth, it is time for some tough love. Building in potentially dangerous areas must stop.

Consider Hawaii’s Big Island this year where paradise turned to a fiery hell. Hedging their bets, people built in harm’s way despite warnings. As a generous lot, Americans rightly open our hearts and wallets to help victims. Now they need to live on safer ground. Financially helping property owners in vulnerable areas to move is one possibility. While the idea makes me wince for several reasons, the big short-term cost would save lives and promises to be less expensive in the long term.

As my Actuarial Review article concludes, the CATs of 2017 call us to prepare for the CATs of tomorrow.

Beside relocating people from vulnerable areas, I believe the CATs of 2017 should also mean broadening the definition of environmental sustainability to include building structures that will last the test of time. The environment will be better off when we reduce the use of the earth’s resources for rebuilding in CAT-vulnerable areas.

Accused of being an idealist, I see a potential future when a home’s value is not about landfill-bound luxuries, but its structure for strength and sustainability. A “smart home” could mean residential structures built to withstand the test of time rather than those featuring technological Internet of Things gizmos that can increase vulnerabiilty to another risk: cyber attacks.

It can be done. Changing the American mindset towards littering and recycling en masse is one example. Growing up in the 1970s, I remember people thoughtlessly threw their garbage out of their car windows. Highways, once lined with nasty debris, are much cleaner now thanks to public awareness and fines for littering. Recycling was considered a huge bother 25 years ago but now Americans do it without giving it a second thought.

If awareness can inspire people to stop littering and start recycling, then it is possible to change the perception of what makes a home valuable. Changing perception requires a consortium of citizens, insurance companies, politicians and governmental agencies that can wield an effective public awareness campaign. By saving lives, the environment and money, the effort would be worth it.