HomeWho We AreDriverless Commercial Trucks Wait at the Intersection of Insurance

Driverless Commercial Trucks Wait at the Intersection of Insurance 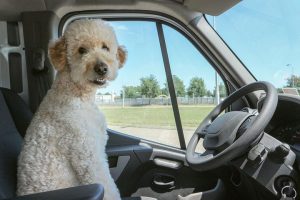 Driverless commercial trucks are evolving much like their private-passenger counterparts. There are basically two paths. Vehicle manufacturers are either moving to near-autonomous vehicles practically whole cloth or are evolving trucks and cars piece by piece. Both approaches make sense for different markets.

The innovators expect the insurance industry to get on board. Insurers, however, are not exactly excited about covering unknown risks. My Leader’s Edge article, Coming to a Highway Near You, explores the intersection of commercial automated vehicles and the business of insuring them.

As the article explains, brokering insurance depends on which path the driverless vehicle is developing. Conventional trucks with some automation — whether fresh off the assembly line or installed aftermarket add ons — are covered by traditional commercial auto policies. The more advanced the technology, the fewer insurance company options are available.

Manufacturers and owners of more advanced autonomous trucks, some of which are practically driverless, are obtaining coverage through technology brokers. This represents a significant shift, where trucks are viewed through the lens of software more than grease and gears.

Another huge challenge is finding insurance companies willing to cover unchartered technology with their eyes half shut.

Some insurance industry professionals raise concerns that if the insurance industry does not start covering semi or more fully commercial autonomous trucks, manufacturers will, in effect, self-insure. It is already happening. And it is not just Tesla offering coverage to their California drivers. Commercial trucking manufacturers are doing so as well. Then there is also the question of what insurance will look like as automation puts the burden of liability more on the manufacturer than the driver.

On a personal note, I believe automated commercial trucks and vehicles will continue appearing on American roads at a faster clip than private passenger vehicles. Unless there is a tax break or other financial incentive — or the United States economy rebounds rapidly — most Americans will find semi-autonomous vehicles difficult unaffordable in the near term. I discuss this in my well-received piece, ADAS Go For a Ride.

My article explores these issues in more detail. Hopefully, it will inspire more dialogue between manufacturers and the insurance industry.