HomeWho We AreInsurtech Revolution Will Transform the Business of Insurance

Insurtech Revolution Will Transform the Business of Insurance

The Insurtech Revolution is here. 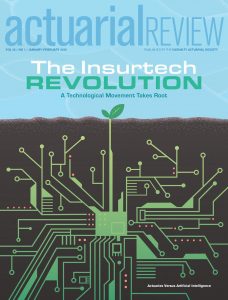 The Insurtech revolution is here.

My most recent Actuarial Review article, “The Insurtech Revolution,” cuts through the buzz and highlights areas where insurtech is likely to transform the insurance industry.

Insurtech is like any quickly emerging development. There is a lot of activity, confusion and a dash of hype.

That’s why my first question to most sources was this: “What is the difference between technological innovation and insurtech?” They agreed it was a good question. The evolving broad definition of insurtech risks becoming too general to be useful. The article includes an important sidebar that further defines the term. I hope will encourage more informed insurtech conversations.

This is certain: insurtech is not a Reese’s Peanut Butter Cup. Insurtech does not merely stuff new technology into insurance. Rather, insurtech is a cottage industry coming into its own. At its best, insurtech challenges insurers to re-think what insurance could look like and how it should be delivered and serviced in a digital economy.

Make no mistake: insurtech will be transformative. It is not just about technology, but new concepts that make sense in a digital world. For example, the insurtech approach means out with reactionary customer service and in with initiative-driven customer experience. (To learn the difference, click here.)

Meanwhile, its emphasis on artificial intelligence and other smart technologies will change and eliminate jobs. Insurtech companies offering insurance can, for example, prefill personal information through an Application Programming Interface (API), simplifying the application process practically down to a few digital taps.

By programming a rules engine, artificial intelligence is already performing critical functions, such as statistical calculations and ensuring accurate and meaningful customer information.

After watching technology change the insurance industry for 30 years, here are some personal observations about The Insurtech Revolution:

1) Insurtech companies risk operating under false assumptions. A technological improvement in one industry is not necessarily easily translatable to the insurance domain. The transactions, responsibilities and public accountability differ from banking, as an example.

2) Insurtech companies are in love with their beloved technology, but insurers love real results. Understand the real problems the insurance industry is facing. Offer solutions using insurance industry lingo. Save that technological deep dive for those who want to go there.

3) Insurance companies are not threatened by insurtech competitors, also known as “disruptors,” which have garnered an overabundance of media attention. Peel back the artificial intelligence, APIs and novel approaches to coverage – and you have the excitement and struggles of a new insurance company. In three years or less, Flo, the gecko and/or other insurers will be using the insurtech bells and whistles that make sense. And they will be doing it better. By that time, we’ll also know if the “disruptors” are profitable.

The Insurtech Revolution is here. Please check out my article and offer comments below.

3 Comments on "Insurtech Revolution Will Transform the Business of Insurance"