HomeWho We AreWhat I Have Learned From My Daughter’s Concussion

What I Have Learned From My Daughter’s Concussion 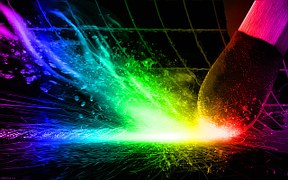 When I wrote an article four years ago about football concussions and the impact on workers’ compensation and the related third party lawsuits, I had no idea that my daughter would sustain a concussion that continues to affect her five months later.

My daughter joined her high school’s freshman basketball team in November. During practice, another team member elbowed her in the nose while they were both reaching for the ball. Previously, she played injury-free basketball for the four prior seasons.

When I picked her up from practice, she said her nose really hurt. Being hit in the nose a few times in my life, I told her it would go away and she would be fine. But the next day, the school athletic trainer called to tell me my daughter had a concussion.

So I took her to the doctor who advised her to avoid television, computer and mobile device screens and to just lie down and let her brain heal. By the next week, when was walking outside to a classroom, she fell of the curb and briefly blacked out. Thankfully, another student helped her up.

Naturally, I took her back to the doctor who produced a letter that requested a reduction in homework and we were told she was not to participate in any physical activity. Until Winter break, there were many times when she could not sit through a full day of school without horrific headaches.

After about six weeks, the doctor referred my daughter to a concussion specialist. This is when I learned that due to heightened awareness, concussions have become quite the cottage industry. There are not enough experts in the D.C. metro area to handle influx of concussions.

She was given medication to help her headaches and gradually, she was able to get through a week of school without needing to come home early. But her teachers were expecting more than the doctor had indicated and were hassling her with incompletes and slightly modified workloads.

It turned out that the physician letters I was faithfully faxing to the school were treated only as doctors’ excuses for absence. It was time to become an advocate.

After a visit to the guidance counselor’s office, the teachers got on the same page — for the most part. But when the next semester ushered in an uniformed physical education teacher, my daughter was being asked to write papers about childhood obesity and other topics in lieu of physical activity.

Due to my workers’ comp background, I started wondering why there was not an academic equivalent to what workers’ comp professionals call transitional duty. So I wrote the gym teacher and offered a list of what she could and could not do. She responded that the doctor’s letter was not specific enough. The doctor wanted to know what the phys ed teacher wanted. I didn’t know. So I forwarded the teacher’s letter to the doctor. We’ll see what happens.

Meanwhile, there have been extended waits for further testing beyond an MRI. Her nose still hurts but the ENT said with time it would resolve itself. We are still waiting to see other specialists.

It’s been five months since her date of injury. Unfortunately, her headaches continue and occasional dizziness continues.

Here is what I have learned as the parent of a child who has sustained a long-term concussion.

In the meantime, we are still waiting to see more specialists.