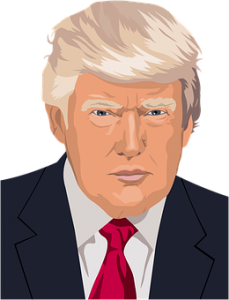 President Donald J. Trump called the Dodd-Frank Act a disaster, according to an article published at cnn.com yesterday. He pledges to take on the negative consequences of the act.

Last week I predicted that Trump would take on the Dodd-Frank Act and Trump’s statement provides confirmation.

My views differed from other experts who predicted last fall that Trump would not deal with Dodd-Frank. Such “conventional wisdom” is wrong because Trump is not a conventional candidate.

My reason for believing Trump will address the Dodd-Frank Act is simple. Whether you agree with him or not, the man does what he says he is going to do. So far, his dizzying array of action demonstrates that Trump can cut through the political nonsense with decisive action.

In the current political climate, it should not be difficult for Trump to undo the provisions that affect property-casualty insurance companies. Banks — not insurance companies — are blamed for the crisis that caused the Great Recession that led to the Dodd-Frank Act. The justification for involving insurers was a far reach only possible with the political climate that created the act.

I encourage you to look at my coverage of the Dodd-Frank Act from last Spring. Unlike most articles, my Actuarial Review article comprehensively dug into the nitty-gritty of the act and its ultimate impact on property-casualty insurers.

When I announced the article in a previous blog, I gave my personal and unique take on the legislation. My bottom line: the act is supposed to protect consumers. I can’t see how the act protects customers who purchase property-casualty insurance.

Trump calls the Dodd-Frank Act a disaster. When it comes to the insurance provisions, I agree.

The CNN article predicts that Trump will be up for quite a fight from those who believe the Dodd-Frank Act helps stabilize the economy. I have not seen him shrink from a challenge yet.