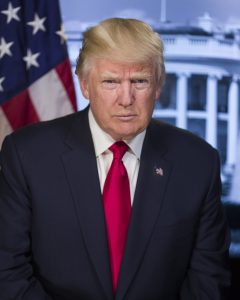 The video made me think about the rare, comprehensive and journalistic look I took into the Dodd-Frank Act in Actuarial Review last spring. The act mostly covers banking regulations. However, it also includes the most far-reaching federal legislation to affect property-casualty insurers — ever.

The act’s full title contains the words “consumer protection.” As I write in a previous blog, I cannot identify anything in the act that substantially benefits consumers of property-casualty insurance.

Since the post-Civil War period, state regulators have been the overseers of the insurance industry. Thanks to the dubious justification for including P/C carriers into a banking bill, Dodd-Frank has ultimately opened the door to greater federal – and even international – regulatory influence.

The Dodd-Frank Act’s creation of the Federal Insurance Office (FIO) and its impact deserve greater attention. Sampson covers that in the video as well.

The FIO’s lack of accountability is also a source of frustration. When I began working on my article, sources told me the FIO was non-responsive. In my case, I spent six weeks trying to reach a FIO spokesperson who ultimately did not answer most of my questions. So much for accountability to the media.

But I was not alone. My Actuarial Review article describes a congressional committee session where an Obama appointee said he could not get clear answers from the FIO. The legislators did not fare much better, which is very disconcerting.

That is just the tip of the iceberg.

Will Trump help eliminate the Dodd-Frank Act provisions that affect property-casualty insurance? His pledge to reduce regulations shows a favorable political climate for insurance company lobbyists. The challenge will be in explaining the act’s effect on insurance companies without getting too deeply into the weeds. That will be tough since the act creates more regulatory layers, but I see how it can be done.

To learn more, check out my Actuarial Review article, Demystifying the Regulatory Web: Dodd-Frank and Its Complex Impact. My previous blog also digs deeper into my conclusions. (Please note: Insurance Communicators, LLC is not affiliated with PCI.)

Do you think President Trump will work with Congress to eliminate the Dodd-Frank Act’s insurance provisions? Please share a comment below.